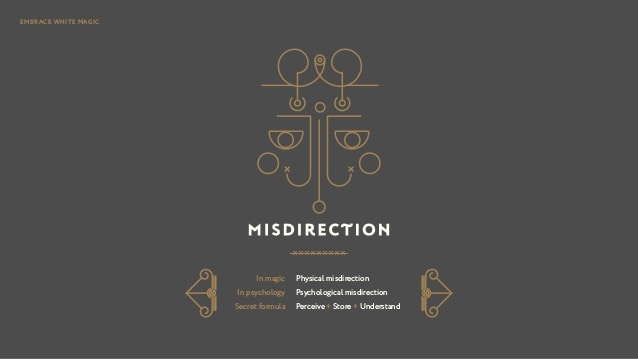 Are their major differences between a “∑isdirection” or a “posture” in legal “man”euvering?
ft. ξ. POE’n’4C-A

I feel a misdirection is an option or type of legal posturing that can be utilized for the goal of buying more time or stalling for a multitude of reasons advantages to the posturer. I had a very respected GC and former defamation attorney discuss the concept recently so maybe a definition is the right way to start. A misdirection is a type of posture that diverts attention and Oxford adds to the wrong area. This implies some form of ulterior motive, agenda or at best negative connotation. Stall tactics, even other carrots <<|||||||||||#2|l| down the road qualify in my opinion to the receiver of the maneuver. /r/

The vantage point changed after starting the agency and working alongside people we met before and through this first year. Our position is in the middle of legal professionals negotiating their name, image, and likeness is unique in that legal professionals like to represent others while taking the reigns. However, the best are typically working a heck of a lot of hours and don’t love dealing with applications and/or portals. Also there is no monopolizing the market on my end so they can tell me as much as needed, while applying directly or other recruited opportunities.

Earning attorney’s trust is different than getting their automobile or life insurance. You have to represent both substance and integrity to multiple layers of legal professionals making important decisions. When I am not working for my family, my nuclear mostly female family is what I balance in my own work/life and I see stress. The closer you are to both parties, the better clarity you can attempt in the process when analyzing exciting new starts vs fearful transitions for some. Sometimes a second deal if better made sequentially elsewhere if resistance or trust is too damaged. Timing will typically work both ways and sometimes a few weeks apart are good. Edited on 3/4/21 7:36pm – Getting good traction and visibility from deep extended communication with some higher level [in]fluencers at said firm.  Always take step backs to analyze important communications with your time and efforts -on balance-  #Positions #Posture#Plants/#Plants? #AllLife #BigLaw #Counselors

Hedging in business is crucial with other networking and relationships.

Bonus Tip – The best legal professionals that I work with utilize this posture tactic. The best people, do not want to lie to anyone so lyrically posture or lyrically twist are the phrases we will own which parallels with sales.  Growing sales, growing a business, growing a practice lingo and altruistic networking is king. Consequently, sometimes positions close with other candidates and your not the selection or better/current options shined.  Sometimes honest humble attorneys will entrust me about their pandemic struggles which I wasn’t aware of when interviewing and I grow myself.  The kind hearted attorneys who feel my hustle will help us or others we care about attain their goals if I am not their top option in any situation where I can understand pathways, motivations, people and true cosmic energy versus over fluence. I do get worried about long silences but read receipts or disconnects, pain vs coerced can be touchy assessments. Lastly, a misdirection can be very damaging and hurtful if it puts individualized agendas over the masses from an integrity due to various timeline factors. #Competition #Antitrust #Derivatives #Wealth #Assets #Leveraged #Acquisitions

[in]fluencing anothers’ can divert a mind
Clear to closing just known the real kind,
Behaviors read through words and grind,
Cosmic distorts what we all seek to find.

Emotional energy an interesting detection,
Felt or seen every type, analyze projection,
Appreciate but anticipate really deflection,
Is that pattern real, might it feel affection.

Blending realities [en]forces you understand,
Within k[in] situation, feels a sleight of hand,
[in] house competition wearing on the brand,
Consulting counselor dealing [in] lateral land.

It’s fine playing it safely with familiar places,
One line responses plenty answers to cases,
It’s about your own timeline, even our paces,
Our demand holds firm recruiting embraces.

Recently, false news, especially within social media, has been a pressing issue for journalists, governments, and regulators. In his article, scholar Tommaso Tani determines to what extent the law should prescribe responsibility for false news and discusses the role of digital intermediaries. In beginning his exploration into false news, the author delves into two main approaches to freedom of expression. In doing so, he explains the rationale put forth by notable philosophers such as Plato, Protagoras, Rousseau, Milton, and Mill, then gives a proper definition for false news. It is, according to Tani, “only via a perfect understanding of its scope that it is possible to further assess the role that the law should have.” Following his definition of false news, Tani assesses the key differences between false news and defamation, hate speech and genocide denial. Specifically, the author introduces the term “legally identified harm” as a measurement of liability for false news, which is utilized in cases of defamation and hate speech. Finally, Tani determines the responsibility digital intermediaries should have with respect to false news by assessing Europe’s approach to liability for false news then exploiting its flaws.

“The fundamental definition of false news will be deduced: it is only via a perfect understanding of its scope that it is possible to further assess the role that the law should have.”

In assessing the philosophy surrounding the freedom of expression, the author introduces Plato’s idea of parrhesia, or freedom of speech. In his rationale, Tani proves that parrhesia is a hazard to democracy. Plato and his disciples manifested this ideology to express everyone’s right to absolute freedom of speech. This ideology, however, creates difficulty in determining truth from falsehood. The ideology of Jean-Jacques Rousseau, on the other hand, establishes that the protection of speech should be based on the speech’s ability to contribute to the common good, or public interest. Nevertheless, Tani found Rousseau’s ideology insufficient in relation to legal responsibility for false news. Next, the author briefly delves into the minds of three different Sophists: Protagoras, Milton, and Mill. In conjunction, the three Sophists contributed to the marketplace of ideas theory, a theory that the truth will likely emerge in an unrestricted market of speech and ideas, and to the harm principle, a principle that allows for the limitation of free speech when it would prevent harm to others.

After diving into its philosophical background, Tani then turns to an in-depth discussion of the United States and European approaches to freedom of speech and falsity. Freedom of expression in the United States, as prescribed by the First Amendment, is a byproduct of the ideology of Milton and Mill. Alluding to case law, specifically New York Times Co. v. Sullivan and United States v. Alvarez, Tani determines that “[t]he Supreme Court of United States has largely ruled in favor of expression on matters related to the First Amendment and has generally been against limitations of the right, allowing only narrow and well-defined exceptions to the protection of freedom of speech[,]” such as defamation, fraud, and incitement. That is, “[t]he only circumstance in which someone can be held responsible for ‘falsity’ is when such falsity causes demonstrable harm to third parties.”

“European countries have always been more inclined to adopt legislation—limiting freedom of speech in order to defend particular interests and to prevent the mistakes of the past.”

Europe’s approach to freedom of expression and falsity is heavily influenced by the ancient civic republicanism theory and by its history of totalitarian dictatorships. In particular, “European countries have always been more inclined to adopt legislation—limiting freedom of speech in order to defend particular interests and to prevent the mistakes of the past.” Case law of the European Court on Human Rights (“ECtHR”), such as Perincek v. Switzerland, Salov v. Ukraine, and Harlanova v. Latvia show Europe’s willingness to determine freedom of speech on a case-by-case basis. Thus, European countries have more opportunities to adopt legislation that restrict the freedom of expression, whereas the United States is generally against any further limitations to speech.

“It is evident that giving an authority the power to express judgment on the falsity of a piece of news puts freedom of expression itself in danger.”

After providing his unique definition of false news, Tani then examines the lawfulness of such news. In this analysis, Tani first explains why a public interest approach will not suffice as a cure for false news, analogizing that the adoption of such an approach would necessitate a valuation assessment of the news, thereby creating a scenario similar to the “Ministry of Truth” in George Orwell’s novel 1984. As such, the government in this case, would be authorized to determine the truth or falsity in news. As Tani properly states, “[i]t is evident that giving an authority the power to express judgment on the falsity of a piece of news puts freedom of expression itself in danger” and so a public interest approach would be utterly grave to democracy. Relying, however, on the harm-to-others doctrine, or the harm principle, Tani establishes that false news should not be limited or restricted unless it results in harm to others. In an effort to demonstrate the difficulty in categorizing false news, the author then introduces key differences between false news and three different speech crimes: defamation, hate speech, and genocide denial.